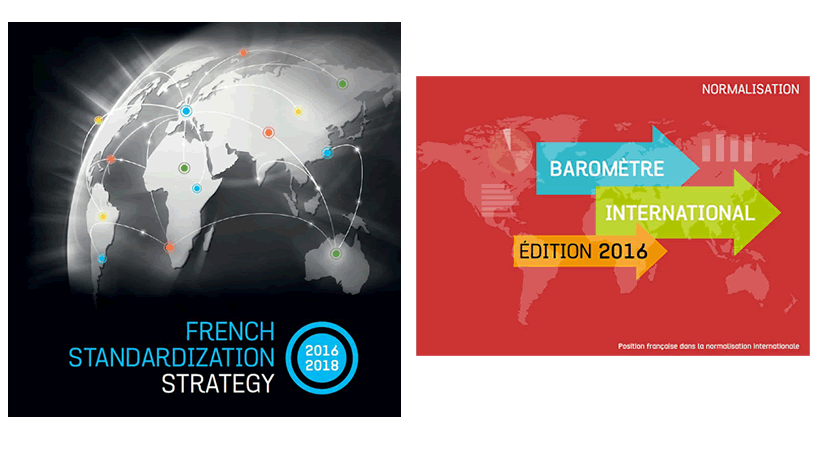 Posted at 13:26h in News by MARIE-CHRISTINE

To coincide with the AFNOR Association’s general meeting on Wednesday, 22 June in Paris, the AFNOR Group presented a review of 2015 and two new documents : the French standardization strategy for 2016-2018, and the international standardization survey, which confirms that France has maintained its place in the world’s top five.

On Wednesday, 22 June, the AFNOR Association held its general meeting in Paris, which was chaired by Claude Satinet and attended by Olivier Peyrat, Managing Director of the AFNOR Group. The meeting coincided with the publication of the association’s activity report for 2015, in which the four business lines (Standardization, Publishing, Training and Certification) present the significant events in their individual activities while unanimously highlighting the publication of the new version of the ISO 9001 and 14001 voluntary standards.

2016 marks AFNOR’s 90th birthday (the association was founded in 1926) and ushers in a new period for AFNOR with the release of the French standardization strategy for 2016-2018. This key document delivers an overarching view of the challenges that voluntary standardization stakeholders will need to address and proposes action areas.

When defining the French strategy, the Standardization Coordination and Steering Committee (CCPN), the key body for governing the French standardization system, focused efforts on two key ideas throughout 2015: digitalization of society and the digital economy on the one hand, and climate and the environment on the other. The result is eight multi-sector topics:

For each subject area, the strategy sets the objectives to be achieved. For example, in the case of the circular economy, the strategy suggests analyzing the need to standardize concepts, terminology and characterization of waste.

Influence: France on the podium

Amidst growing competition to reach a place on the podium – especially from Asia, China and Japan – AFNOR is still well placed in the top five of the most influential standardization organizations, behind Germany and the United States. In 2015, AFNOR chaired close to 10% of international technical committees and subcommittees (ISO). In Europe, France is the second-largest contributor behind Germany, with oversight responsibilities for 21% of CEN technical committees and 19% of CEN working groups.

In the field of electrotechnologies, France has held onto its second place, just in front of the United States, with secretariat responsibilities for 14% of IEC’s technical committees and subcommittees. In all, France obtained 13 new responsibilities in 2015 for France within CEN and ISO on such topics as electronic cigarettes and additive manufacturing.