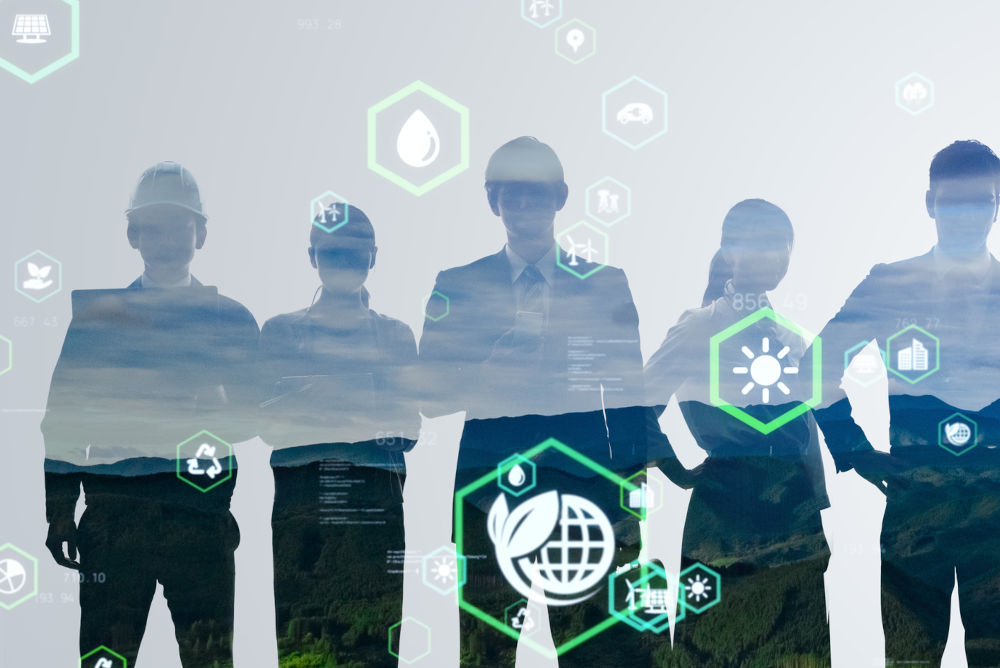 Posted at 16:57h in Environment, News by admdcom

Initiated in 1996, the voluntary standard ISO 14001 has established itself as a flagship basis for building and controlling environmental management systems (EMS) the world over. 25 years later, should we prepare to revise this standard, according to which 19,000 sites have been certified in France? We will have the answer in 2022.

August 2021: the Climate and Resilience Law entered the French body of legislation specific to the ecology. What a long way we have come since the 1990s, when environmental awareness first emerged in society! Destruction of the ozone layer, the Kyoto Protocol, ecological scandals … At the time, the subject was not yet making the headlines in the newspapers, but economic players had started thinking about the need to contribute to the effort and to organize themselves, internally, to limit their own impacts.

This is how the concept of environmental management systems (EMS) was born. On the ecological front, quality management systems (QMS) already had their own voluntary standard, ISO 9001. ISO started working on EMSs in 1991, with a dedicated committee (ISO/TC 207/SC 1, under British leadership), with a view to developing a guide enabling companies and institutions to lay the foundations of their environmental policy. Each member country worked on the project, and they all approved a final version of the text in 1996: the voluntary standard ISO 14001. Adopted in Europe and in France, it is marketed today under the name NF EN ISO 14001 in the AFNOR collection. 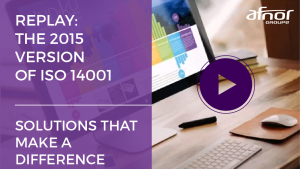 “We no longer realize it today, but when the first version of ISO 14001 was issued, it was a highly innovative publication”, explains Lina Ismail, project manager at AFNOR, who keeps track of the theme of environmental management in relation to ISO/TC 207. “For the first time, a benchmark recognized around the world laid down the founding principles of sustainable development. By evolving over time, it has established itself as an essential door-opener. ” Over time, meaning in its different versions: 2004, 2015, and maybe 2022?

25 years later, not a single economic actor, from businesses, to communities and institutions, would dispute the fact that it is necessary to manage their environmental impacts and to show that they are doing so. First, to the outside world, to demonstrate their best practices in the face of the competition and provide proof of their credentials in calls for tender. Many customers require their suppliers, service providers and subcontractors to have a certificate proving that their EMS meets the requirements of ISO 14001. Then, within the company, to mobilize the personnel, create a dynamic around a societal issue and control its risks.

The findings are clear: the standard has spread to very roots of our economy, from the CAC 40 companies to very small businesses. “One of the strengths of ISO 14001 lies in its universality”, confirms Vincent Morisset, president of the French standardization commission covering this standard. “Businesses of all sizes and from all fields of activity anywhere can find their way around this standard. The text allows everyone to identify and control their impacts on the environment, in order to then assess the pertinence of taking concrete measures, in a process of continual improvement.” “The strength of the standard is that it makes it possible to aggregate all the environmental subjects: CO2, biodiversity, ecodesign, energy, waste, resources, etc.”, continues Béatrice Poirier, ISO 14001 product manager at AFNOR Certification.

The major revision of the text in 2015 introduced a new principle. In addition to the best endeavors obligation that organizations accepted when they adopted the standard (which meant that they must have a management system), the text now also directed them towards a performance obligation, by which they were incited to demonstrate that their environmental performance is improving. “This paradigm shift considerably strengthened ISO 14001”, insists Vincent Morisset.

A standard that addresses every level of the organization

Marie-Hélène Amétrano has made the same observation every day in the companies she has been visiting since 1999, to carry out an audit of AFAQ ISO 14001 certification, at their request, and on behalf of AFNOR Certification. “In the early days of ISO 14001, sorting bins were enough to manage the waste from a production line”, she recounts. “Today, the company will ask itself the question of how to avoid this waste, and work upstream with its suppliers and logistics service providers in order to reduce the waste.”

The life cycle-based approach breathed new life into the standard, which spread to every layer of the organization. Management and Quality Managers were no longer the only ones concerned! “Managers, especially those in the field, are in the front line to take concrete actions and make their teams aware of good practices. By placing the environment at the heart of the company’s strategy, ISO 14001 leads to in-depth actions”, observes Marie-Hélène Amétrano. In 2019, France had 6,402 active ISO 14001 certificates, or 5% more than in 2018, covering nearly 19,000 sites. Worldwide, that year, ISO totaled more than 312,500 active certificates, up from 308,000 one year earlier (source 2020 ISO Survey).

ISO 14001: the cornerstone of environmental certifications

“While ecological labels are multiplying, ISO 14001 remains by far the most meaningful, because it is based on the most widely applied standard”, explains Lina Ismail. “This certification does not derive its legitimacy only from the figures, but also from the standards it sets. ISO 14001 has done away with the idea that environmental policies are the prerogative of major groups. On the contrary, this standard shows that all structures can adopt one. Many SMEs ask us about this. ”

According to an AFNOR Certification survey in March 2018 (only available in French here), 97% of certified companies are satisfied with ISO 14001. For 90% of them, their image has improved and 78% have even perceived a financial gain. But this is no reason to rest on our laurels… In mid-September 2021, the International Organization for Standardization is launching a major survey of the users of the standard to better understand how it is used, its strengths, but also its limits. And to see if it needs to be revised, like in 2004 and 2015. Marie-Hélène Amétrano considers that, “A new version could make it possible to take certain concepts, such as the life cycle, even further. The management of resources and biodiversity is at least as important as the climate issue, we must be even more demanding on these aspects. But we must also strengthen the links with CSR and the circular economy, and emphasize the positive value of the environment, which is all too often associated with a punitive approach. ”

The results, expected in January 2022, will serve as a starting point for the debates in every ISO member country to determine whether a revision is relevant. The French standardization commission will also open a debate on this founding text.

Take part in the survey