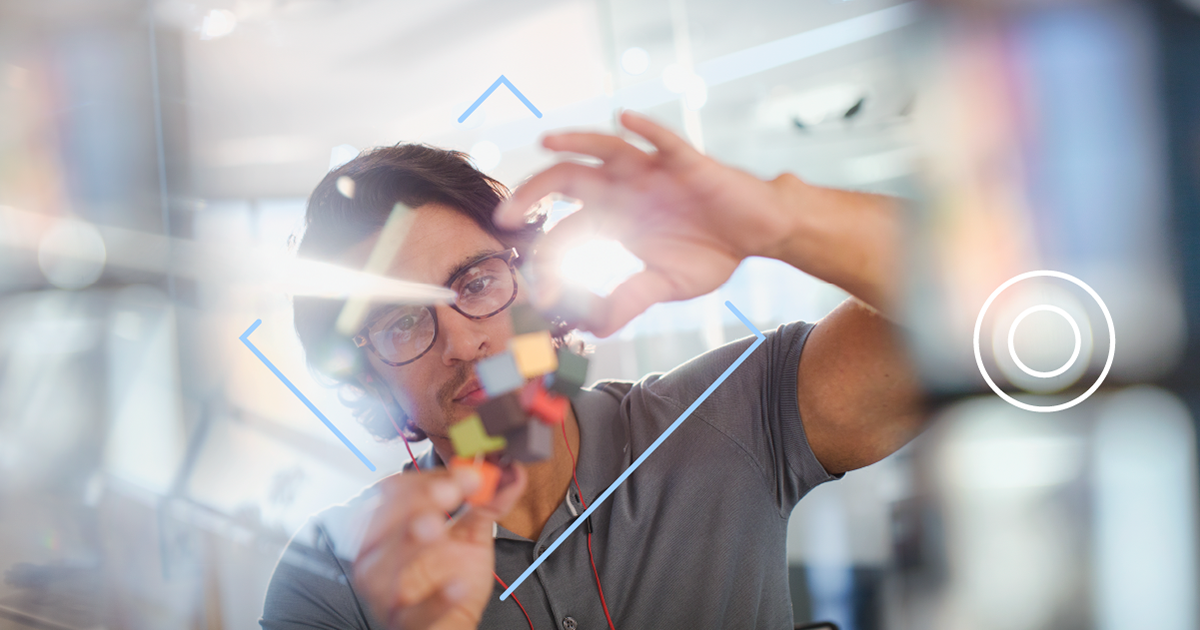 Posted at 16:00h in News, Quality by admdcom

By a margin of just 271 votes out of 8,397 responses to ISO’s international survey, ISO 9001 users confirmed that this reference standard on Quality management systems (QMS) will not be revised in the immediate future.

ISO 9001:2015, without doubt the most well-known voluntary standard in the world, is therefore retained and its revision deferred. Entitled NF EN ISO 9001 in France at AFNOR Publishing, this global handbook for Quality management systems (QMS) appears to meet the approval of the majority of its users, as demonstrated by the results of a public survey conducted by the International Organization for Standardization (ISO) between July and December 2020.

“It’s important to note that the previous remodeling in 2015 brought about many changes, the results of a logical progression since the end of the 1980s,” said Elsa Lucas, Project Manager responsible for this subject area at AFNOR Standardization. “Following adoption of the HLS (High Level Structure) for ISO 9001, which introduced a universal common structure, all the other management system standards (ISO 14001, 45001, 50001) have also had to adhere to it, as part of a continual improvement approach. It’s about offering an understandable and linear approach for all.” On average, the life cycle of a major management systems standard is six to seven years. A 2008 version of ISO 9001 existed prior to the 2015 version, and similarly a 2011 version of ISO 50001 (Energy management) came before the 2018 one.

The review of ISO 9001:2015 is generally positive, since as the survey shows, any global issues appear to be minor, pinpointing occasional needs for support and clarification on certain subjects, for example, management of organizational knowledge and consideration of relevant interested parties. “We are not seeing any desire for radical change. In fact, the vast majority of certified users have integrated the requirements well. Today, the standard is widely accepted as a common guide and has become the core basis for QMS certification,” added Elsa Lucas.

The fact that ISO 9001 is not immediately up for revision is also partly because the 2015 version has not yet been fully “digested” by many organizations, in particular those which have introduced a QSE policy (Quality, Safety, Environment). “At present there are only 21,000 certified organizations in France and so there’s considerable scope for increased numbers,” stated Aude Leroy, AFAQ ISO 9001 Product Manager with AFNOR Certification. In 2015, the foundation for an integrated system was laid, open to new sector-specific needs and connecting pathways. As the Quality Product Manager explains: “Connection is the key word here. In fact, ISO 9001 constitutes not only a support, but also a generic set of requirements.”

Nevertheless, the users who responded to the ISO survey made many proposals, including by those who voted to keep it, and these reveal several trends that may shape a future revision: integration of management standards, ethics and integrity (CSR), change management, quality culture, operational excellence, continuity planning and innovation. “In respect of both business segments and subject areas, we therefore need to build the necessary bridges with other QMS, such as ISO 22301 for business continuity management, operational excellence (also known as lean management, based on FD X50-819), change management, and ISO 30401 for knowledge management,” said Aude Leroy.

A preliminary project will be launched in this respect, to look at whether a revision of the standard should take place before 2025, the next deadline in the systematic review process. 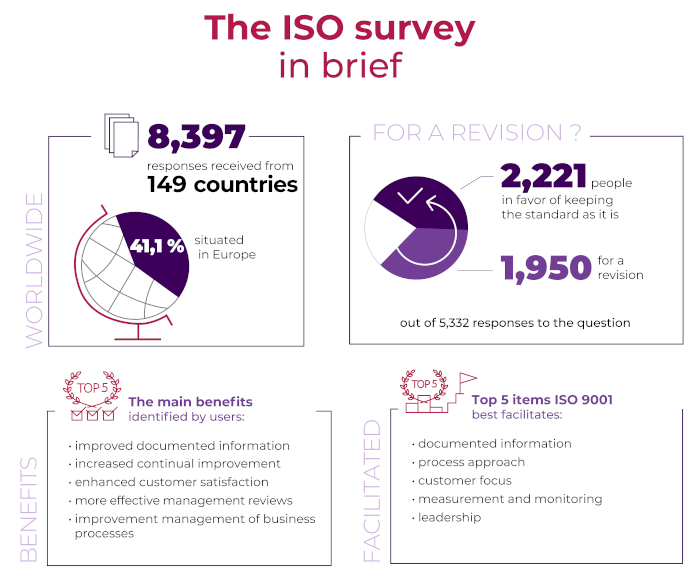