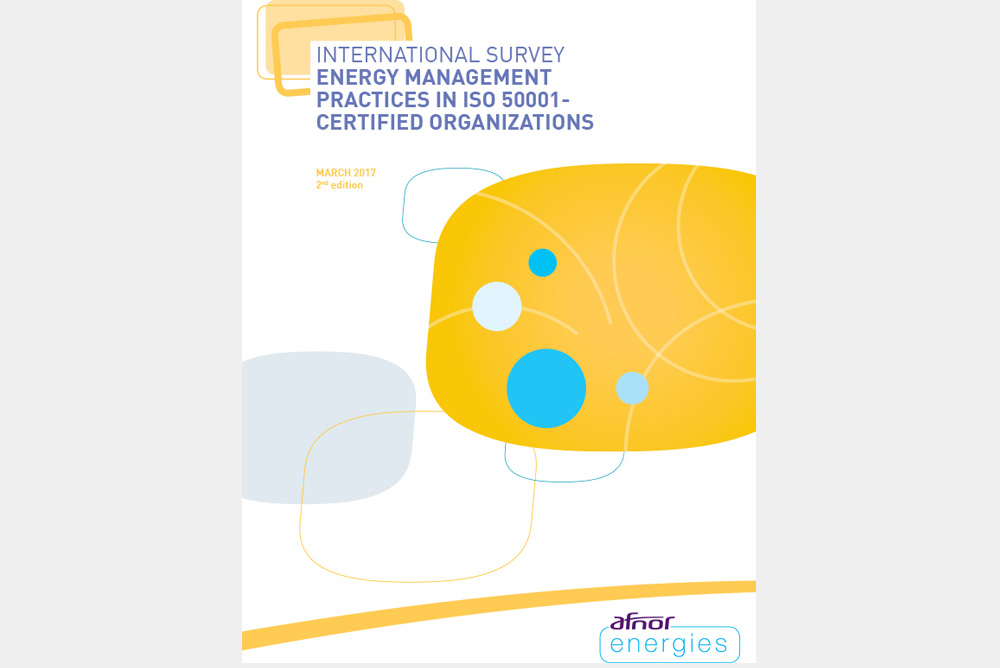 Posted at 10:55h in Energies, News by CHRISTELLE MAMBUENI

Following an initial survey in 2015, AFNOR Group has once again interviewed ISO 50001 certification holders around the world to learn more about their practices. A structured energy management process does save money.

Following an initial survey conducted only in France in 2014 and an international survey carried out in 2015, AFNOR Group has repeated its survey on the energy management practices of organizations that hold ISO 50001 certification. The new survey, previewed among the participants of AFNOR’s ‘energy performance Tour de France’, which stopped in Saint-Denis and in Toulouse on 30 March and on 20 April, respectively, was conducted around the world among 185 organizations that hold ISO 50001 certification with the assistance of the firm, Time to Be, and drew a number of positive conclusions on the use of the voluntary standard (published in 2011) within companies.

The survey found that 80 % of users are satisfied and 94 % recommend the standard. “It is an invitation to go on a journey: a continual-improvement journey with all of the enormous benefits that such a process provides,” an interviewee went so far as to say. Another observation: energy management is increasingly part of the QSE triptych and therefore paves the way towards an integrated management system.

In response to the question, ‘What was the main reason behind the decision to implement an energy management process based on the ISO 50001 standard?’ 35 % said that it was to hold ISO 50001 certification (+14 points on 2015) and 18 % said that it was to implement a methodical energy management process. However, it is noteworthy that a large number of interviewees – 47 % (61 % in 2015) – mentioned both answers, thereby indicating that one cannot exist without the other.

A prerequisite: the existence of an energy team

The organizations involved in the ISO 50001 certification process believe that the investment is modest: three quarters consider the budget to be negligible in light of the benefits gained. This is particularly true when the certification has been held for a long time. “This shows that the process is profitable over time,” explains Catherine Moutet, an expert in the field and the manager of AFNOR Energies, the AFNOR Group entity that commissioned the survey.

Nevertheless, certification holders continue to struggle to see a specific return on investment, implying that financial return is not necessarily a short-term priority: either they did not have a target in mind at the start of the process or it is too early for them to calculate the return. In fact, for 58 % of interviewees, the benefits are non-financial as much as they are financial: ISO 50001 is also seen as a ‘vector of progress over time’ and as an opportunity to ‘prioritize strategic actions’. It should also be noted that the implementation of an ISO 50001 process encourages organizations to acquire measuring equipment to monitor the results of their work over time. This is an area in which AFNOR Group has stepped up its level of expertise by providing new energy performance measurement and verification offers.

Finally, with regard to the conditions that ensure the success of an ISO 50001 project, the vast majority of the organizations questioned identified four main factors, including the formation of a dedicated team: 60 % stated that such a team was essential (a twofold increase on the previous year). The ISO 50001 standard, which explicitly recommends the creation of such a team around an ‘Energy coordinator’, is therefore followed to the letter.